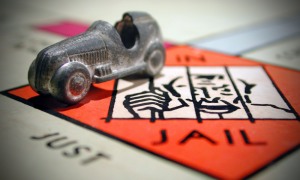 Here it is, our regular Friday diet of suggested readings for the weekend:

Nobody ever wrote a best selling novel about Raphael, and yet…

Monopoly was actually invented to demonstrate the evils of capitalism.

Take a cold shower, it’s a really good idea (but ignore what the author says about Stoicism, he’s got it wrong, as usual).

What cultural taste for chili peppers tells us about the evolution of social norms.

Umberto Eco and the 14 defining characteristics of fascism. See how many you can spot in the current Republican leader.

Want to be happy? Buy whatever makes you save time.

The problem of meaningless academic language.

Please notice that the duration of the comments window is three days (including publication day), and that comments are moderated for relevance (to the post one is allegedly commenting on), redundancy (not good), and tone (constructive is what we aim for). This applies to both the suggested readings and the regular posts. Thanks!