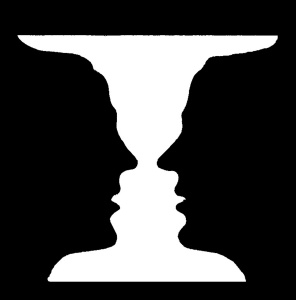 Last time we have seen how evolutionary theory has evolved over the past century and a half, why so many contemporary biologists are calling for what they refer to as the Extended Evolutionary Synthesis (see here and here), and how Darwin, building on David Hume, definitely rebutted the intelligent design argument advanced by William Paley. All as part of a discussion of a paper I published back in 2012, entitled “Biology’s last paradigm shift. The transition from natural theology to Darwinism.” (full text here) In this second part we are going to look at whether the transition between natural theology and Darwinism constituted a paradigm shift, according to criteria laid out by philosopher of science Thomas Kuhn. As I mentioned last time, in the paper I also apply the same analysis to what happened after Darwinism, to more and more recent incarnations of evolutionary theory, but will not discuss that section here.

According to Kuhn, change in science is comprised of two distinct and alternating phases: during “normal science” scientists use the dominant theoretical and methodological tools within a field of inquiry to solve “puzzles”, i.e. problems arising within a particular theory. However, from time to time the number of such problems that cannot be resolved within the adopted framework (“anomalies”) becomes large enough to trigger a crisis, which is then resolved if a new “paradigm” is arrived at to replace the old framework and provide new guidance for further normal-puzzle solving science.

Typically, one of the problems with the Kuhnian approach is that Kuhn did not define exactly what he meant by paradigm, which means that it is not entirely clear what may constitute a paradigm shift. For the purposes of my argument, I will use the commonly accepted interpretation of paradigms as encompassing the “disciplinary matrix,” which means not just the dominant theory or theories within a given field, but also the accompanying methodologies, training strategies for the next generation of scientists, and – no less important – the pertinent metaphysical and epistemological assumptions.

Kuhn suggested five criteria for comparing competing paradigms and for theory choice: 1) Accuracy; 2) Consistency, both internal and with other theories; 3) Scope, in terms of how widely the explanatory reach of a theory extends; 4) Simplicity; and 5) Fruitfulness, in terms of further research. Roughly speaking, then, the comparison between the two paradigms of natural theology and Darwinism is striking. Let’s go through it criterion by criterion.

Natural theology: all explanations are ad hoc, since God’s will is inscrutable.

Darwinism: it can explain some surprising facts about the biological world, like the complexities of the flower structure in some orchid species, or the intricacies of the life cycles of some parasites.

Natural theology: internally inconsistent with the idea of an all-powerful, all good God (the problem of natural evil).

Darwinism: as internally consistent as any major scientific theory; external links to other sciences, particularly Darwin’s prediction that the age of the earth had to be greater than what commonly thought by geologists and physicists of the time (turns out, he was right).

Natural theology: allegedly all-encompassing, but supernatural “explanations” are epistemologically empty. That is, to say “God did it” sounds like an explanation, but it really doesn’t explain anything.

Darwinism: new facts about the biological world that are explained by the theory have been consistently uncovered for more than one and a half centuries.

Natural theology: deceptively simple, if one neglects the obvious question of the origin and makeup of the Creator.

Natural theology: did not lead to any research program or discovery.

Darwinism: has maintained a vigorous research program for more than one and a half centuries.
According to the above summary, then, the Darwinian paradigm is definitely preferable to Paley’s natural theology – not surprisingly. More interestingly for our purposes here, these are all clear signs of a paradigm shift, the only one ever occurred in evolutionary biology, I argue in the rest of the original paper.

Methodological incommensurability refers to the notion that different paradigms lead scientists to pick different “puzzles” as objects of research, as well as to the idea that scientists then develop distinct approaches to the solution of those puzzles. Obviously, natural theology and Darwinism are methodologically incommensurable: while they both rely on observation and comparative analyses, their goals are entirely different. For Paley, the focus is on the intricate complexity of living organisms, constantly interpreted as an obvious indication of the will and omnipotence of the Creator. Darwin, instead, pays particular attention to precisely those biological phenomena that are troubling to the notion of intelligent design, as in this famous passage:

“I cannot persuade myself that a beneficent and omnipotent God would have designedly created the Ichneumonidæ with the express intention of their feeding within the living bodies of Caterpillars.” (letter collected by Francis Darwin 1887).

More broadly, the sort of “puzzles,” to use Kuhn’s terminology, that Darwinists began to pay attention to concern the historical relationships between different species of organisms (something that is defined out of existence within the natural theological paradigm, since species are specially created), as well as the kind of ecological settings that bring about different adaptations (again, a problem ruled out within natural theology, where adaptations are the direct result of an intelligent act).

Observational incommensurability is tightly linked to the idea that observations are theory-dependent: what is considered a “fact” within one theoretical context may not be such in a different theoretical context. This is perhaps one of the most controversial of Kuhn’s notions, famously illustrated with images from Gestalt psychology, where the same pattern of lines on paper can be interpreted in dramatically different fashions (e.g., a vase or two faces, an old or a young woman, a rabbit or a duck, etc.).

The problem, of course, is that if we take the Gestalt metaphor seriously, we are led to the position that there is no true or even better way to interpret the data, which in turn leads to the constructivist temptation: any theory is just as good as any other, and there really is no way to measure progress in science. Kuhn strongly disavowed such an extreme interpretation of his ideas, and the notion of theory-dependence of observations is now commonly accepted in philosophy of science and embedded in textbook treatments of the subject.

Be that as it may, it is hard to imagine examples of observational incommensurability between natural theology and Darwinism, in part no doubt because no sophisticated way of gathering data was accessible – beyond direct observation and rudimentary experiments – to proponents of the two paradigms.

Finally we get to semantic incommensurability. This has to do with shifts in the meaning of terms used by scientists, one of Kuhn’s examples being the concept of “mass,” which is a conserved, static quantity in Newtonian mechanics, but becomes interchangeable with energy within the framework of Einstein’s relativity.

For the purposes of our discussion, one could make the argument that a similar situation holds for the shifting concept of species between natural theology and Darwinism. Both paradigms do refer to “species,” but the meaning of the term is entirely different. For Paley, species were fixed entities set in place by the action of the Creator – in that sense not far from Newton’s own conception of the physical world, and particularly of the laws governing it. For Darwin, however, species are ever changing entities with no sharp boundaries, which are altered by evolutionary processes in a continuous, gradualistic fashion.

All in all, then, it appears that whether we use the first set of Kuhnian criteria or the various notions of incommensurability, there are very strong reasons to conclude that the shift between natural theology and Darwinism was, in fact, a paradigm shift. It was also, in a very important sense, a shift from a proto-scientific to a scientific view of biology: Darwin and Wallace abandoned any reference to supernatural forces, thus literally establishing a whole new field of science, which keeps, ahem, evolving even today.