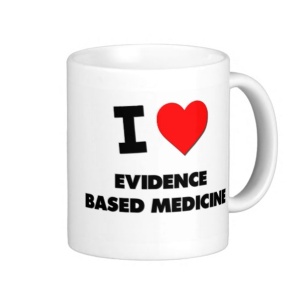 You would think the answer to the title question is obvious: no, of course it isn’t unethical to expose medical pseudoscience (or any kind of pseudoscience). How can anyone think so? And yet, there are some decent reasons to doubt the certainty of such a conclusion. At least that’s the take of a paper that so far as I know has not yet been published, but is available at the PhilSci (philosophy of science) Archive at the University of Pittsburgh.

The paper is entitled “Exposing medical pseudoscience may be unethical,” and is authored by Ehud Lamm. Here is Lamm’s argument, as he presents it:

(1) Many ill health situations, in particular those involving multi- and comorbidity do not have very effective treatment options.

(2) Alternative medicine, consisting of various pseudo-scientific enterprises, provides repose to some of those suffering from such conditions.

(3) A significant part (if not all) of this benefit can be attributed to the placebo effect.

(4) In current, “Western,” societies, placebos are most effective when they have the symbolic currency of science.

(5) Ergo, exposing these pseudo-sciences will hurt people for whom there are only limited health care alternatives.

This is a reasonably constructed argument, so if one wishes to reject it — as I do — one needs to attack one or more of the premises, or to uncover and then reject some additional, hidden premises. I will follow both strategies here, though I wish to thank Lamm at the onset for having forced me to think more carefully about something I had hitherto taken for granted.

I am going to agree right away with premise (3): most (indeed, very likely, all) of the benefits of alternative medical treatments are the result of placebo effects. But I have varying degrees of issues with premise (1), (2), and (4). And I also think Lamm is not explicitly listing a few other very relevant premises here, though he mentions one of them in passing in the paper, as we shall see, only to discard it far too quickly.

Premise (1): this threads on an ambiguity surrounding the word “treatment.” Yes, modern medicine does not provide effective treatment against certain conditions, for instance a number of types of terminal cancer, or several types of dementia. But alternative medicine does not provide treatments either, according to Lamm’s own premise (3), only palliatives. Which means that the proper comparison here ought to be only between standard palliative care and “alternative” one. Palliative care works on the basis of a combination of actual biomedical effects (e.g., painkillers) and placebo. Other things being equal, then, it is more effective for a doctor to use her prestige (premise 4) to push tested palliative options rather than pseudoscientific ones.

Premise (2): for the reasons just seen, even if alternative medicine does provide some respite to patients by way of a placebo effect, standard palliative care is in any case preferable, because it also works by placebo, but additionally actually delivers (at least in some cases) a real biomedical effect. Again, remember that we are talking about alleviating pain and similar things, not actual cures, which are not achievable via placebo, and Lamm agrees that placebo is pretty much the only mechanism through which pseudo-medicine “works.”

Premise (4): the symbolic currency of science in the Western world seems much less real than Lamm assumes. Witness the widespread antivax movement, or — outside of medicine — so-called “skepticism” of climate change, or of evolutionary theory. If anything, science is suffering a credibility crisis of late, and inducing medical doctors to deploy pseudoscience is hardly going to improve such credibility.

If the reader agrees with even one of my criticisms of Lamm’s premises, that is enough to reject the argument. But there is more.

For instance, Lamm at one point says: “I am putting to one side deontological and consequentialist arguments against the use of placebos in general, and assume that in some situations relying on a placebo effect is legitimate.” That’s a bit too quick, and a rather big thing to put aside (and the bit after the comma somewhat begs the question)! A deontologist, for instance, might argue that it is a violation of the categorical imperative for a doctor to systematically lie to his patients, because that violates the implicit trust between the two (the very same trust on which premise 4 is built, incidentally), and because the doctors themselves would probably rather not been lied to when it is their turn to be patients.

On consequentialist grounds, one could argue that there are long term negative societal consequences engendered by lying to patients and by pushing pseudoscientific notions. Because, again, patients might eventually lose confidence in their doctors and begin to doubt any sort of medical advice; also because people will be more likely to embrace pseudoscience under other circumstances, for instance when there are, in fact, perfectly good evidence based treatment options available; and mroevoer because we would be condoning a multibillion dollar industry based on what is essentially a fraud.

Furthermore, there is a third big ethical framework out there: virtue ethics. It is hardly a good character trait to engage in systematic deception of others, even for their own good (a premise, this last one, that I have already rejected). Virtue ethics does not follow universal rules, so lying can be acceptable under certain circumstances. But the focus is on the character of the moral agent, and repeated lying is going to be deleterious to that character, since character is shaped precisely by repeating the same actions over and over, or by systematically entertaining and agreeing with the same thoughts.

Lamm sees another concern with exposing pseudo-medicine: “the movement toward Evidence Based Medicine (EBM), to the extent that it is successful, may lead people to be less open to treatments and assistance that are not backed by science, such as talk therapies, meeting with alternative medicine practitioners, support from informal social networks, help from clergy, and so on.”

This is an interesting point, but the way it is articulated it carelessly lumps a number of things that should be considered separately. For instance, homeopathy is clearly and definitely a pseudoscience, so it should be counted as a success if people do not waste their money (and hopes) on very expensive sugar pills. Talk therapies, however, are not necessarily pseudoscientific. We have good evidence that some forms of psychotherapy work (e.g., cognitive behavioral therapy), and there are distinctions to be drawn about what “working” means here. If a patient is in need to simply talk to someone, but is under no illusion that this will actually cure him, I don’t see what the problem is, or why such talk therapy should be counted as pseudo-medicine in the first place. Perhaps it won’t work better than getting a drink with your friend, but if chatting is the only thing one needs in order to feel better, it “works.” Much hinges, of course, on what the precise claim of the therapist is going to be. The very same considerations apply to the use of informal social networks, or to help from the clergy. These things are simply not in the same category of homeopathy and other kinds of pseudo-medicine.

And there is more to consider, like the general ideas that truth and honesty are intrinsically valuable, and should be compromised only under very unusual circumstances. Certainly both a deontologist and a virtue ethicist would reason this way, though a consequentialist might disagree (there goes yet another reason to reject consequentialism, in my view).

Lamm does consider some objections to his argument in the second part of the paper, and rejects them with a number of counterarguments. I have already covered part of what he says there in the previous points, but let me add a few pertinent comments.

He writes: “we should strive for alternative channels of social support to be available and determine whether non-science backed alternatives can provide patients with social and economic benefits that they need, such as health insurance coverage, help with the education system, and so on.” Well yes, as acknowledged before, but again this thread on an ambiguity of the term “support.” There is no problem in supporting people via talk therapy, social networks, religious counseling, and so forth. But these are not types of alternative medicine, and so long as the people providing the support are not lying, then there is no ethical issue. (Of course if you are an atheist you will think that all priests are lying by definition, but this is not the case from the point of view of a believer who has already adopted that particular religion’s framework. Admittedly though, that’s a tough case, best explored on its own.)

Lamm also maintains that some pseudoscientific “treatments” may be cheap and effective (again, via placebo) and therefore preferable whenever there are no established medical options for the condition. But we have seen above that at a very minimum modern medicine can provide palliatives, and let’s remember that much alternative medical practices are anything but cheap.

The author acknowledges a big potential downside of his approach: “if the pseudoscience providing the placebo effect causes patients to ignore science backed treatment we have to consider the tradeoff to decide whether belief in the efficacy of pseudoscience is beneficial or harmful.” Indeed, and this may often be the case. Not to mention that so long as the patient is also seeking regular medical treatment then, again, there is no additional benefit of the pseudo-medical one, which will cost money not just to the patient, but also, increasingly (and unfortunately) to the health insurance or government-backed apparatus that will pay for the so-called treatment.

Finally, Lamm argues: “It may be mistakenly suggested that the argument presented here is a justification for fraud (assuming the pseudoscience in question involves fraud). However, if anything, the argument discussed here only applies to exposing fraud, which in some cases may do more harm than good.” I don’t see how this would work: if a medical practitioner knows that a given remedy is pseudoscientific and recommends it nonetheless, he is participating in a fraud, even in cases in which he is not directly pocketing money for it (someone else is, and besides, he is being paid to take care of the patient). So, refraining from exposing fraud is, seems to me, condoning and abetting fraud no matter how one puts it. This may be a case of philosophical distinction without a difference.

Again, I recognize that Lamm’s paper is important because too often people like myself, who have pursued a career of exposing pseudoscience and defending science, make leaps of reasoning from the factual to the ethical, automatically assuming certain value judgments without further argument. But it seems to me that, once the arguments have been examined, there is still a strong preponderance of reasons to expose pseudo-medicine whenever possible.