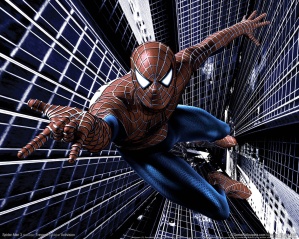 I’ve spent a significant part of my academic and public careers investigating and opposing pseudoscience. One of my role models in this quest has always been astronomer Carl Sagan, the original host of the landmark PBS series Cosmos. I have met and interviewed the new host, Neil deGrasse Tyson, the director of the Hayden Planetarium at the American Museum of Natural History. Despite our differences about the value of philosophy (he’s dead wrong on that one), Neil too got into the debunking business. But – unlike Sagan – does it with more than a whiff of scientism, and occasionally in a spectacularly wrongheaded fashion.

Take, for instance, last week’s mini-appearance on The Late Show with Stephen Colbert, one of my favorite programs to laugh at the crap currently affecting the planet (as we all known, a sense of humor is the best defense against the universe). On September 14th, Tyson was featured in a one-minute video entitled “Superpowers debunked, with Neil deGrasse Tyson.” What? Why do we need to “debunk” superpowers? Does anyone actually think there exists a god of thunder named Thor, who comes from a mythical place known as Asgard? But apparently the “problem” is pressing enough for our debunker-in-chief to use a popular nationally televised show to tackle it. Here is, in part, what Neil said (and no, this isn’t a joke, he was serious):

No, let’s not! Spider-Man is one of my favorite superheroes, a (fictional) role model, motivated by a more than decent philosophy of life: with great powers comes great responsibility (he got that from Uncle Ben). Something Tyson has, apparently, not learned. He goes on:

He’s bitten by a radioactive spider. Don’t we know from experience that radioactivity give your organs cancer? So, he would just be a dead kid, not one with superpowers.

No kidding, Sherlock. Do we really need the awesome reasoning powers of a star national science popularizer to figure out that Spider-Man’s origin story doesn’t stand up to even casual scrutiny? Doesn’t Neil realize that this is fiction, for crying out loud? Well, apparently, he does, sort of:

Of course it’s fiction, so I don’t have a problem with fiction, but if you think you are going to do this experiment, and try to make that happen to you, I’ve got news for you: it’s not gonna work.
Well, Neil, apparently you do have a problem with fiction. I still remember that on my podcast, years ago, you complained about the aliens in Avatar, because the females had breasts, which are – obviously – a mammalian trait. Really? That’s what bothered you in that movie? Never heard of suspending disbelief and just enjoy a nice story?

Also, who on earth is going to be tempted to repeat in real life the “experiment” that generated Spider-Man? And even if an enterprising and badly informed kid wanted to, where would he get a radioactive spider? Lastly:

I’ve got news for you: it’s not gonna work.

All right, end of my anti-Tyson rant in defense of Spider-Man. The more serious issue here is: why did he feel the need to do such a silly thing in the first place? I suspect that’s because Neil, like a number of “skeptics” I know, is affected by two maladies: the above mentioned scientism and a strong sense of intellectual superiority to the common rabble.

Scientism is defined by the Merriam-Webster as “an exaggerated trust in the efficacy of the methods of natural science applied to all areas of investigation.” I don’t know whether commentaries on comic book superheroes qualify as an area of investigation, but clearly Tyson felt it necessary to bring the awesome power of science and critical thinking to debunking the dangerous notion that being bitten by a radioactive spider will give you magical powers.

I really think the skeptic community should stay as far away as possible from the whole notion of debunking (and yes, I’ve been guilty of using that word myself, in the past). For one thing, it conveys a sense of preconceived outcome: you know a priori that the object of your debunking is nonsense, which isn’t exactly in line with the ideal scientific spirit of open inquiry. That’s why my favorite actual skeptic is philosopher David Hume, who famously said that a reasonable person’s beliefs should be proportionate to the evidence, a phrase later turned by Sagan into his famous “extraordinary claims require extraordinary evidence.” Sagan, like Hume, was open to a serious consideration of phenomena like UFOs and telepathy, even though he did not believe in them. At one point he risked his career and reputation in order to organize a scientific conference on UFO sightings. I simply cannot imagine a similar attitude being sported by Neil deGrasse Tyson.

For another thing, “debunking” strongly conveys the impression that one thinks that the people who believe in the notion to be debunked are simpletons barely worth consideration. Perhaps some are, but I’ve met plenty of really smart creationists, for instance, a notion that would sound to Tyson as the quintessential oxymoron. Which brings me to his second malady (one, again, from which I have suffered myself, and that I’m trying really hard to overcome): intellectual snobbism. People like Tyson (or, say, Richard Dawkins) exude the attitude at every turn, as on display in the short Colbert video that got me started with this post. The problem (other than that it’s simply not nice) is than snobbism isn’t going to get you converts. It only plays well with your own faithful crowd.

This is because of something that Aristotle realized back 23 centuries ago, and which he explained at great length in his book on rhetoric. Presumably, Neil, Dawkins, and others want the same thing that Sagan, Stephen Gould (another one of my role models), and myself want: to engage a broader public on the nature of science, and to widen the appreciation and practice of critical thinking. But Aristotle realized that this goal requires the deployment of three concepts: Logos, Ethos, and Pathos.

Logos refers to the idea that our first priority should be to get our facts and our reasoning right. In the case of Neil’s “debunking” of Spider-Man, yeah, he got the biological facts straight, as much as that isn’t going to do anyone any good.

Ethos means character: you need to establish your credentials with your audience. And by credentials Aristotle didn’t mean the fact that you have a PhD (Tyson has one, from Columbia University), but that you are a good, trustworthy person. I can’t comment on the degree to which Neil fits this description, because I don’t know him well enough; but he certainly comes across as condescending in this video and on many other occasions, a character trait that Aristotle would not have approved of. (One more time: I have been guilty of the same before, and I’ve been actively working on improving the situation.)

Pathos refers to the establishment of an emotional connection with your audience. This is something that scientists are actively trained not to do, under the mistaken impression that emotional connection is the same thing as emotional manipulation. But this is the case only if the agent is unscrupulous and manipulative, not if he’s acting as a genuine human being. We humans need emotional connections, without which we are prone to distrust whoever is talking to us. In the video Tyson makes absolutely no effort to connect with his audience. Indeed, it isn’t even clear who is audience is, exactly (certainly, not fans of Spider-Man!), and therefore what the point of the whole exercise actually was.

So, by all means let us nurture good science communicators, which Neil deGrasse Tyson most certainly is. We do need them. But they really ought to read a bit of Aristotle (oh no, philosophy!), and also relax about the questionable science of movies like Avatar or comic books like Spider-Man.

Speaking of which, let me leave you with the delightfully corny original animated series soundtrack. Try to enjoy it without feeling the urge to “debunk” it, okay?