As readers may remember, this past Spring we went through a long series of posts (27, to be exact) that presented in serialized form my book, The Nature of Philosophy: How Philosophy Makes Progress and Why It Matters.

Over the past few months, Dan Kaufman and yours truly have taped a series of video conversations that present the main ideas of the book to a broader public, and the series is now completed and available for viewing or downloading at my YouTube channel (as well as on the Sofia channel at MeaningofLife.tv).

END_OF_DOCUMENT_TOKEN_TO_BE_REPLACED

[for a brief explanation of this ongoing series, as well as a full table of contents, go here. Note: this is the last entry in this 27-part series]

What do philosophers think of philosophy?

I am about to wrap up my tour of what philosophy is and how it works, which has taken us throughout these seven chapters to examine subjects as disparate as the Kyoto School and Quineian webs of beliefs, the history of progress in mathematics and the various theories of truth as they apply to the explanation of scientific progress. Before some concluding remarks on the current status and foreseeable future of the discipline, however, it seems advisable to pause and reflect on what philosophers themselves think of a number of issues characterizing their own profession.

END_OF_DOCUMENT_TOKEN_TO_BE_REPLACED 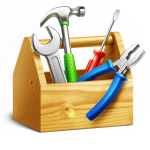 The tools of the trade

We have already discussed at some length one important — if controversial — philosophical tool: the deployment of intuitions. I find it interesting that rarely critics and defenders of the use of intuition in philosophy bother to look at the broader literature on intuitions in cognitive science, which is actually significant and covers fields as diverse as chess playing, nursing and the teaching of math. I have discussed some of this literature elsewhere (Pigliucci 2012), but a quick recap may be useful in this specific context.

END_OF_DOCUMENT_TOKEN_TO_BE_REPLACED

Yet another challenge: the rise of the Digital Humanities

A very different sort of challenge to the traditional conception of philosophical inquiry comes from the idea of the so-called “Digital Humanities” (DH). This is a complex issue, which includes both administrative pressures on academic departments to “perform” according to easily quantifiable measures and a broader cultural zeitgeist that tends to see value only in activities that are quantitative and look sciency (the broader issue of scientism [3]). I will not comment on either of these aspects here. Instead, I will focus on some basic features of the DH movement (yes, it is another “movement”) and briefly explore its consequences for academic philosophy.

END_OF_DOCUMENT_TOKEN_TO_BE_REPLACED

“Life can only be understood backwards; but it must be lived forwards.” (Søren Kierkegaard)

Philosophy has been declared dead by a number of people who have likely never read a single philosophy paper or technical book, and philosophers themselves have at times been the worst critics of their own field (Chapter 1). The discipline is vast, with a very long history marked by traditions so different from each other that one can reasonably question whether they can meaningfully be grouped under the same broad umbrella (Chapter 2). The field has seen internal revolutions as late as the middle and late part of the 20th century, with some philosophers going so far as claiming that major branches of their discipline ought to be handed over to the natural or social sciences (Chapter 3).

END_OF_DOCUMENT_TOKEN_TO_BE_REPLACED

But is it useful? On the difference between chess and chmess

“Philosophy is garbage, but the history of garbage is scholarship,” said Harvard philosopher Burton Dreben, as quoted by Dennett in chapter 76 of his often delightful and sometimes irritating Intuition Pumps and Other Tools for Thinking (2014). One could reasonably wonder why an illustrious philosopher approvingly quotes another illustrious philosopher who is trashing the very field that made them both famous and to which they dedicated their lives. But my anthropological observations as a relative newcomer (from science) into philosophy confirm that my colleagues have an uncanny tendency to constantly shoot themselves in the foot, and often even enjoy it (as we have seen in Chapter 1).

END_OF_DOCUMENT_TOKEN_TO_BE_REPLACED

It should be clear at this point that we could multiply the examples in this chapter by orders of magnitude, and cover — I suspect — most areas of philosophical scholarship. Instead, let me simply add one more class of examples, from ethics, focusing in particular on utilitarianism and the broader class of ethical theories to which it belongs, consequentialism. [7] The history of utilitarianism is yet another good example of progress in philosophy, with specific regard to the subfield of moral philosophy — and I say this as someone who is not particularly sympathetic to utilitarianism. The approach is characterized by the idea that what matters in ethics are the consequences of actions (hence its tight connection with the broader framework of consequentialism). The idea can be found in embryonic forms even earlier than the classic contributions by Jeremy Bentham and John Stuart Mill. For instance, Driver (2009) begins her survey with the theologically inclined 18th century British moralists, such as Richard Cumberland and John Gay, who linked the idea that promoting human happiness is the goal of ethics to the notion that God wants humans to be happy. This coincidence of our own desire for happiness and God’s plan for our happiness, however, provides a picture of utilitarianism that is too obviously and uncomfortably rooted in theology, and moreover where it is not at all clear what (philosophical) work God’s will actually does for the utilitarian.

END_OF_DOCUMENT_TOKEN_TO_BE_REPLACED

Philosophy of science: forms of realism and antirealism

I’m a philosopher of science, and therefore better acquainted with that subfield than with anything else in philosophy. And it is clear to me that philosophy of science has also made quite a bit of progress from its inception (the approximate time of which may reasonably be pegged onto the famous debate on the nature of induction between John Stuart Mill and William Whewell, but which could be traced further back at the least to Bacon). In this section I will go over a specific example (among many, really) of progress in philosophy of science, the debate between realists and antirealists about scientific theories and unobservable entities (interested readers should also see the many useful references listed in the pertinent SEP entries: Monton and Mohler 2008; Ladyman 2009; Chakravartty 2011).

END_OF_DOCUMENT_TOKEN_TO_BE_REPLACED

More, much more, on epistemology

There is, of course, much more to be said about epistemology, and as usual the proper SEP entry (an extremely valuable peer reviewed resource that has accompanied us throughout this book) is an excellent starting point for further exploration (in this case, Steup 2005). Before leaving the field to move on to philosophy of science, I want to briefly sketch a number of other debates in epistemology that lend themselves to the same kind of analysis I just went into some detail in the case of the concept of knowledge. I have not drawn concept maps for the remaining examples in this chapter, but doing so is an excellent exercise for the interested reader, both to make sure one is able to reconstruct how the various moves and countermoves are logically connected, and to develop a first-hand feeling for philosophical progress so understood. It will help to think of each position to be briefly examined below as a peak in the proper conceptual landscape, whose height depends on how justified the pertinent position happens to be.

END_OF_DOCUMENT_TOKEN_TO_BE_REPLACED

“What is your aim in Philosophy?